Tron vs Cardano: Cryptocurrency Comparison in 2020

Tron and Cardano are two well-known crypto projects, and today, we will be comparing the two coins in our Tron vs Cardano comparison. What Is Cardano? Cardano (ADA) is a third-generation blockchain (with Bitcoin being the first-gen blockchain... 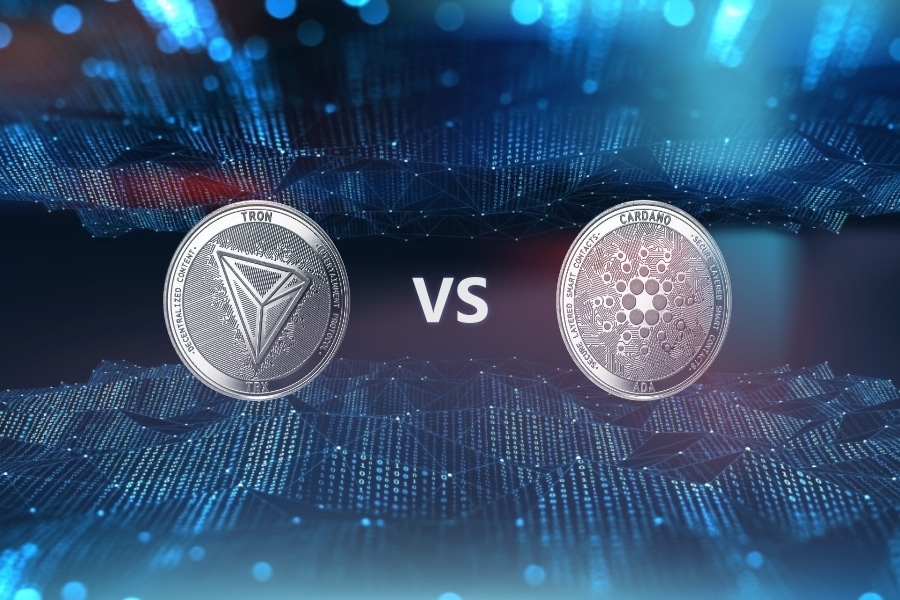 Tron and Cardano are two well-known crypto projects, and today, we will be comparing the two coins in our Tron vs Cardano comparison.

Cardano (ADA) is a third-generation blockchain (with Bitcoin being the first-gen blockchain and Ethereum the second-gen blockchain). It is unique in the crypto space, as it was developed using scientific philosophy and peer-reviewed academic research.

Cardano was created by Charles Hoskinson, an Ethereum co-founder, and it was developed by Japanese company – EMURGO in partnership with IOHK in 2015. The native crypto of the platform, ADA, was released in 2017 with the first layer having a set cap of 45 million coins.

Jeremy Wood and Hoskinson founded IOHK (Input Output Hong Kong), a research and development company “committed to using the peer-to-peer innovations of blockchain to build accessible financial services for all.”

EMURGO is a company that “develops, supports, and incubates commercial ventures who want to revolutionize their industries using blockchain technology.” The company supplies most of the funding for IOHK’s research.

The ADA cryptocurrency was developed to support fast and secure transactions, as well as the deployment of smart contracts.

Tron is a blockchain-based decentralized protocol which intends to provide a platform for free content publishing ,as well as a distributed storage technology.

The project was established by Justin Sun, the founder of Peiwo, a popular Chinese social app with millions of users.

The protocol enables users to freely publish, store, and own data, and they are paid for their content in TRX, the native crypto of this platform.

TRX launched in 2017 as an ERC-20 token, but in June 2018, the blockchain launched its own mainnet and migrated all the tokens on its proprietary chain.

Sun is well connected to Alibaba and Ripple, and he has been featured in Forbes’ “30 Under 30” for Asia. The Tron founder is famous for his persistent online activity on Twitter and social media, where he posts about everything relating to Tron religiously.

Even if his hype tactics are not approved by many from the crypto industry and community, he manages to create hype for upcoming projects and announcements.

In terms of ranking, ADA and TRX are very close, although we can notice that in terms of daily trading volume, TRX is more traded.

Tron vs Cardano: Technology and Consensus 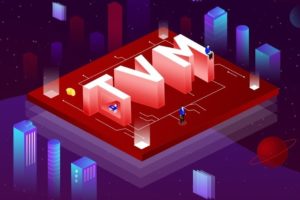 DPoS is a decentralized consensus mechanism that requires no mining, in which holders of TRX owners to stake and vote for a “Super Representative” that are block producers on the TRON blockchain, and representatives that do not do their job lose their position.

Cardano is based on a variation of the Delegated Proof of Stake protocol called Ouroboros, that is touted as the only PoS protocol with mathematically proven security.

Ouroboros was developed by scholars from the University of Edinburgh, University of Connecticut, IOHK, and the Tokyo Institute of Technology.

ADA stakeholders are also able to “vote and elect” representatives that are tasked with executing the block confirmations for them.

While from the outside, Cardano and Tron seem to work both on a DPoS consensus, Cardano has put in more effort into developing its own unique consensus. This makes ADA the winner in the Cardano vs Tron protocol comparison.

Cardano vs Tron: Predictions for 2020

Ever since Cardano hit the market, its development team has made significant progress. With many plans for its roadmap, investors believe Cardano will be able to reach the $1 mark in 2020.

ADA is a unique cryptocurrency, as its code was written from scratch using the Haskell programming language, and it also has its own Proof of Stake algorithm, Ouroboros. These features make it more secure than other PoS and DPoS cryptos.

2020 expects ADA to release its Goguen update, which will enable smart contract functionality. Carando also intends on designing a virtual machine called IELE that will change the structure of future blockchain projects.

TRON has generated controversy and scandal in the crypto world for various reasons. The project was accused of plagiarizing both their white paper and code (allegedly from Ethereum), and recently, TRON’s co-founder former reprimanded the project for being too centralized.

It was also found out that the top 27 representative nodes have more than 170 million TRX votes, with most of them being controlled by TRON.

TRON developers have scheduled their roadmap 10 years in advance, which raises some worries about how the team will be able to achieve its goals.

The Tron has shifted its focus towards becoming a dapp platform, with the number of developers and apps in the ecosystem continuing to see growth.

Analysts have made bearish predictions for Tron in 2020, not expecting it to go past the $0.02 mark.

From a technical perspective, Cardano has a more put-together team which comprises of experts in development and coding, that ensure slow but steady progress in their project.

Tron is more active in terms of presence online, being more involved with its community.

Note: This post was originally published on 3 November 2018 and has been totally updated for the completeness and veracity of the content on 7 January 2020.

China to BTC Miners: Slow Your Operations a Bit!

Ripple Payments: See Where You Can Pay with Ripple in 2020